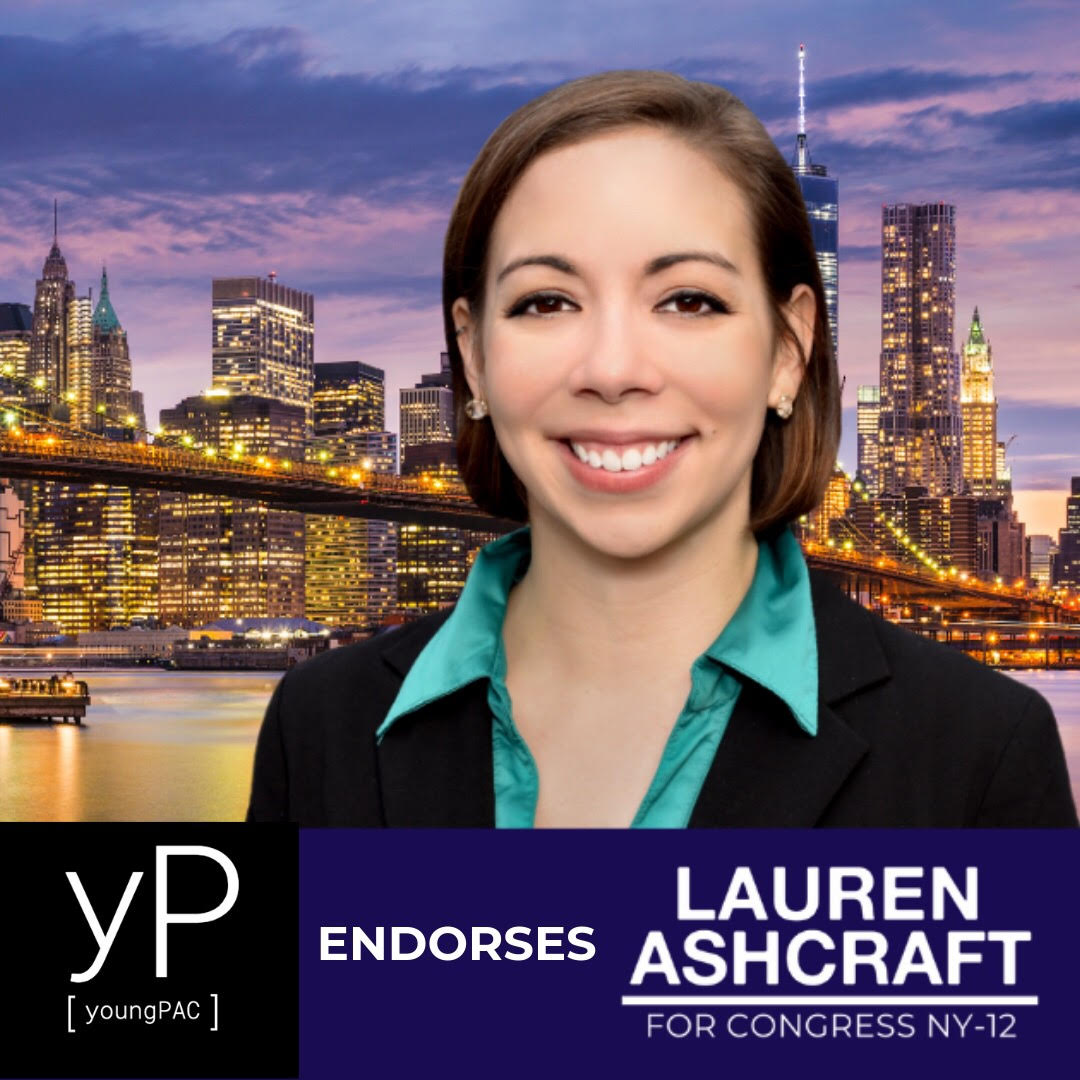 YoungPAC is an organization committed to electing young progressive candidates to office. Young people today face several unique challenges that legislators have failed to address, and are one of the least represented cohorts in Congress.

Lauren’s district is overwhelmingly millennial, yet oceans of corporate money are drowning the young voices of the electorate on issues like housing, climate, and healthcare. Lauren has shown she is committed to shifting the balance of power from corporate interests back into the hands of the people. She refuses to accept corporate PAC money and supports instituting term limits for both Congress and the Senate. Her work in the financial sector has given her critical insight into the ways corporate interests are working to undermine regulations, and gives her the knowledge required to hold them accountable. We firmly believe as representative for NY-12, Lauren will fight for the young people in her district and nationally.

In a district where the incumbent’s decades-long tenure has not moved quickly or strongly enough to deal with issues facing the district, Lauren Ashcraft, is ready to provide a new generation of representation. Her goals include getting big money out of politics, instating twelve year term limits for Congress, and finally putting the US on a path to address the crisis that is climate change. Most importantly protect every citizen’s right to vote (with NO exceptions) by making voter registration automatic at eighteen years old, implementing a mail-in ballot system, and giving voters a $100 tax credit which they can specifically use to donate to campaigns that only accept small dollar donations. This would equalize the playing field and hand power to the people while we work to reverse Citizen’s United.

“My generation has faced the consequences of experiments with a ‘free market’ which is ironically the most socialist part of our economy thanks to taxpayer bailouts.” Ashcraft said in a statement Tuesday Morning. “The only bailouts that should happen are with student loans, medical debt, moving to 100% renewable energy so that we can have net zero carbon emissions, and fixing our crumbling infrastructure which STILL does not adequately incorporate accessibility for those with physical disabilities.”